Fibroids and polyps can lead to many of the same symptoms, and they are often confused with one another. Most of these growths are benign (non-cancerous), and they can lead to problems of the uterus.

Fibroids are masses of tissue that originate in the uterine muscle and then grow into the cavity, within the uterine wall, and push outward. The four types of fibroids include:

What are uterine polyps?

Uterine polyps are small, finger-line growths that are found on the cervix. These are most common in women age 20 and older who have delivered children. The cause of polyps is not well understood, but they are thought to develop from infection, inflammation and obstruction.

What is the difference between polyps and fibroids?

The main difference between uterine polyps and fibroids are that fibroids are composed of muscle tissue, whereas polyps are made of endometrial tissue. Polyps are smaller than fibroids, ranging in size from a few millimeters to a few centimeters. Fibroids can grow as large as an apple, or even as big as a watermelon.

What symptoms are associated with polyps and fibroids?

Heaving bleeding, cramps, pelvic pain, and pain with intercourse is associated with polyps and fibroids While these growths are mostly benign, they can lead to abdominal pain, bowel problems, urination difficulties, and back pain.

Are polyps and fibroids cancerous?

Fibroids are benign growths, but uterine polyps can be malignant. However, malignancy usually only occurs when the growths are seen after menopause. Cysts are a painful type of growth that may also turn to cancer. These are typically seen on the ovaries. Unlike fibroids and polyps, cysts do not cause menstrual bleeding.

How are fibroids and polyps diagnosed?

If the doctor suspects fibroids and/or polyps, he will take a detailed medical history, conduct a physical examination, and order diagnostic tests. The doctor may use a scope to evaluate for these growths inside the uterus. The diagnosis can be confirmed by biopsy and pathologic evaluation.

What is the treatment for uterine fibroids and polyps?

The doctor will use hormonal therapy to regulate menses if possible. Pain medications are used to alleviate the cramps and discomfort (nonsteroidal anti-inflammatory drugs). In addition, surgery may be required to remove these growths from the pelvic cavity and cervix.

Adult stem cells from the patient’s own body can renew themselves and turn into other cells (differentiation). These cells live inside all of us, but are concentrated in the adipose (fat) tissue as well as the bone marrow. Stem cells can help regenerate damaged and injured tissues. In a study of patients with painful pelvic conditions, researchers found that stem cells were safe and effective, and have been studied extensively in animal subjects.

CONTACT US FOR TREATMENT TODAY!
CALL:
(844) GET-STEM
OR FILL THE FORM BELOW: 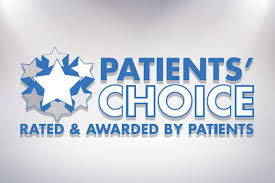 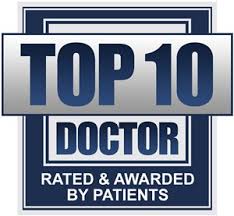